Heat is transmitted in three ways:

Central heating is the term used for heating systems supplied from one heat source and distributed throughout the whole or part of the building. The central heater, which may be fuelled by coal, gas, oil or electricity, transmits its heat energy to another medium, usually water, which carries the heat to the areas where it is needed. There is no standard heating system; all systems are tailored to suit the individual installation.

The advantage of central heating over heating by individual appliances is its ability to provide comfortable level of heating throughout the house. The temperature level can be controlled by individual room thermostats or from one central thermostat.


The actual source of heat can be generated by three different systems: hot water, warm air or electricity. The plumber is only concerned with wet systems of heating, although the warm air system is often connected to the primary flow and return pipework to a hot water storage system.

Heating is provided by hot water circulated through pipe runs in the floor and dispersed in rooms by radiators or convectors. Water is supplied to a central boiler, where it is passed through boiler sections; these are then heated so that the water temperature is as high as 82°C.

Some systems work on the gravity principle: water expands when heated, takes up more space in relation to its weight, and so becomes lighter. This heated water rises to flow into radiators through large bore pipes, giving off a percentage of its heat. The water then returns to the boiler which is situated at the lowest point. The system relies on the difference in temperature for the rate of flow.

A forced hot water system has a circulator pump that forces water through the pipes (also known as a small bore system). This type is generally more efficient and cheaper to install as the pipe runs are shorter and, being slimmer, the fittings are smaller and more easily concealed. A wider range of radiator types, such as skirting or slim radiant panels which have a higher resistance to water flow can also be used.

A pumped heating and gravity fed hot water system is one in which water from the boiler is pumped only around the radiators, but not around the heating coil of the hot water cylinder since it relies on gravity. Such a system usually has limited control over the temperature of domestic hot water and hence achieves excessively high temperatures (typically 75 deg C to 80 deg C), risking scaling and wasted energy.

The heating system is usually (although not always) controlled only by a room thermostat operating on the pump and a time clock is also often incorporated. This type of system can be expensive to run and wasteful in terms of fuel use, since not only is the hot water usually too hot, but the boiler is allowed to 'cycle' whenever the clock is in an 'on' mode and this too adds substantially to the running costs. One method of getting more control on a gravity system is to use a cylinder stat controlling a motorised valve on the return from the cylinder. The valve shuts when the hot water temperature is reached and shuts off the burner on the boiler. If possible, the system should be converted to a fully pumped system, which will involve modifications to existing pipework. Although in some cases it is a simple and easy job to do, in others it is costly and hard to justify in terms of the running cost savings achievable.

A fully pumped system is one in which water from the boiler is pumped to both the radiators and the coil of the hot water cylinder. With this system it is possible to incorporate a full range of control options; ideally, such a system might incorporate a room thermostat, cylinder thermostat, a two channel programmer together with a mid position 3 port motorised valve or two 2 port motorised valves.

The hot water that is sent to the hot storage cylinder is circulated via the use of pumps so there is no need to rely on convection currents; this means that the boiler can be above or below the storage cylinder. There is no preference on whether the motorised valves are fitted on the flow or return pipework, the valves tend to be connected to either room or cylinder thermostats and are programmed to stop the flow when the temperature reaches its target.

The location of the circulating pump is very important. During the design of a vented fully pumped system which is via a feed and expansion cistern, you must ensure that it is placed in a position where there is no positive or negative pressure at the vent pipe. This pressure could lead to either sucking in air or pumping water over the open-ended pipe.

The neutral point of the system is where the cold feed enters, from this point through to the pump the system will be under a negative influence. On the other hand, when the system goes from the pump back up to the cold feed inlet there is the opposite, positive affect. Ideally the system should have a positive flow which would pressurise it. Another way to guard against sucking in air or pumping out water would be to have the vent pipe connection within 150mm of the cold feed connection; this would then mean that the vent is also at the neutral point.

Also known as the ‘S plan’.

The S Plan is designed to provide independent temperature control of both heating and hot water circuits in fully pumped heating installations. Time control may be provided by a time switch or programmer.

Suitable for fully pumped installations with two primary circuits, usually one for heating and one for domestic hot water. 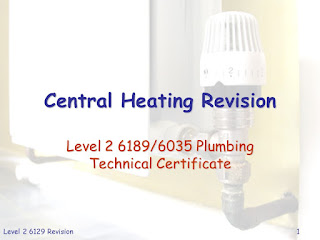